For Home & Garden
Home » Maidenhair Tree (Ginkgo Biloba) 20 seeds
All categories
Have you seen them? 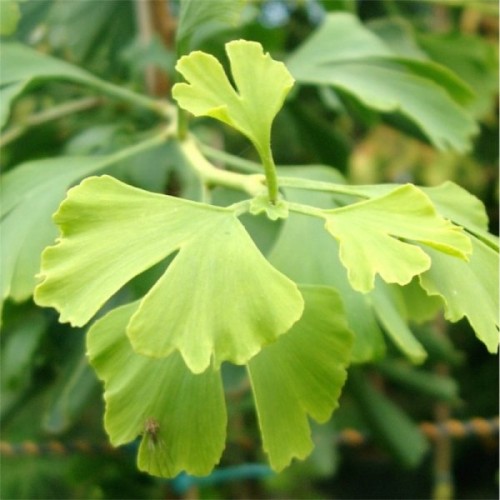 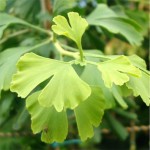 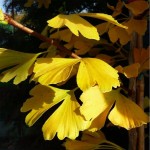 This ancient deciduous tree has large crown composed of sparse branches covered with interesting lobed, fan-shaped leaves that are unlike those of any other tree. They turn captivating shades of gold in fall and drop quickly, creating a bright carpet that slowly fades to brown. In the winter, its stark, deeply furrowed, grayish tan bark and knobby branches add additional landscape interest.
Ginkgo is a tall, hardy tree native to eastern China. The story of this living fossil is a fascinating one. It is the last surviving species in Ginkgoaceae, a plant family that has existed for 150 million years, according to the fossil record. For thousands of years, Chinese and Japanese monks cultivated ginkgo as sacred trees for food and medicine, but populations were believed to be extinct in the wild for hundreds of years. In the mid-twentieth century, wild populations were reportedly discovered on Tianmu Mountain in the Zhejiang Province, among other remote forest regions. These claims are still under scrutiny because many botanists believe the “wild trees” have actually escaped from cultivation.
The distinctive fan-shaped leaves of the ginkgo are borne in small clusters of three to five on short, knobby spurs along the branches. The leaf blades are bright blue-green or yellow-green and have minute, parallel veins and a central dividing lobe, hence the botanical species name, biloba. In autumn, they change to vibrant yellow and gold but will be shed quickly in a freeze. This tree is dioecious, which means that male and female flowers appear on separate plants. The fleshy, orange-tan or pale yellowish fruits produced by female trees have a very foul odor, despite the fact that the nuts within are edible and expensive to buy in Asian markets. For this reason, many landscapers seek male cultivars.
Ginkgo is best grown in full to partial sun. It will thrive in most well-drained soils and is it is relatively pH adaptable but grows best in acid to neutral soil that’s evenly moist and fertile. A tough tree for difficult situations, it's tolerant of air pollution, soil compaction and salt, so it's often planted as a city tree and in highly trafficked public areas. It is also a popular street tree but tends to become too large to serve its purpose, though it tends to grow slowly. There are many ginkgo cultivars available, but strive to choose only male clones if you want to avoid the messy, malodorous fruits they drop on sidewalks, driveways and lawns. (info source: Learn2Grow.com) 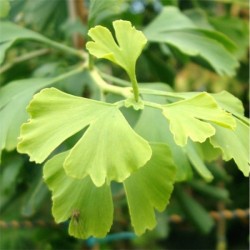