For Home & Garden
Home » Antonovka Apple (Malus Domestica Antonovka) 60 seeds
All categories
Have you seen them? 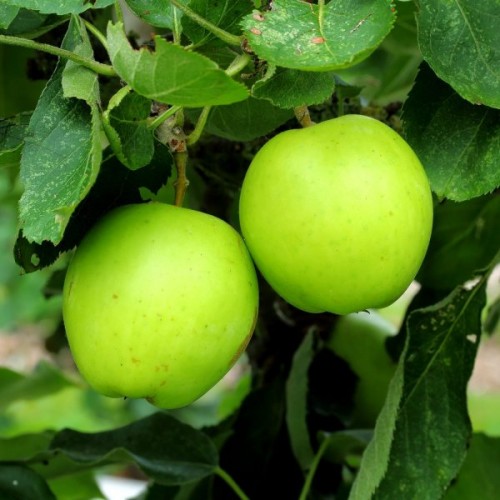 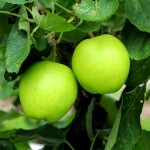 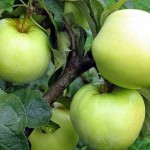 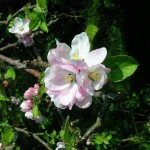 Antonovka is a group of late-fall or early-winter apple with a strong acid flavor that have been popular in Russia (Soviet Union and the Russian Empire) as well as in Poland.
Its popularity is explained by the Antonovka tree's ability to sustain long harsh winters typical for some regions of Eastern Europe and Russia and for its superior fruit preservation qualities. Sometimes nicknamed "the people's apple", the Russian variety was especially popular among the dacha owners, and remains widely grown at dachas in many Post-Soviet states.
Due to the relatively low ratio of sugars in the fruit, Antonovka apples are especially well-suited for apple pies and late apple wine. The taste of the wine is noticeably lighter than wine from sweeter cultivars. In Poland, Antonówka is used mostly for apple preserves.
A decidious Tree growing to 7 m (23ft). It is hardy to zone 3 and is not frost tender. It is in flower in April. It is noted for attracting wildlife. The plant requires well-drained soil and can grow in heavy clay soil. It can grow in semi-shade (light woodland) or no shade.It requires moist soil.
Edible Uses: Fruit - raw, cooked in pies, cakes etc or fermented into cider. The taste can be sweet and pleasant. The fruitcan be up to 6cm in diameter.
Medicinal Uses: The bark, and especially the root bark, is anthelmintic, refrigerant and soporific. An infusion is used in thetreatment of intermittent, remittent and bilious fevers. The fruit is said to dispel gas, dissolve mucous, cure flux and be atonic for anaemia, bilious disorders and colic. The leaves contain up to 2.4% of an antibacterial substance called 'phloretin'.This inhibits the growth of a number of gram-positive and gram-negative bacteria in as low a concentration as 30 ppm.
Information sources: wikipedia.org and www.pfaf.org 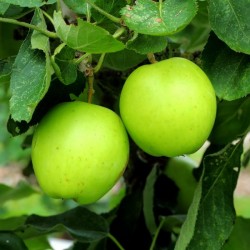