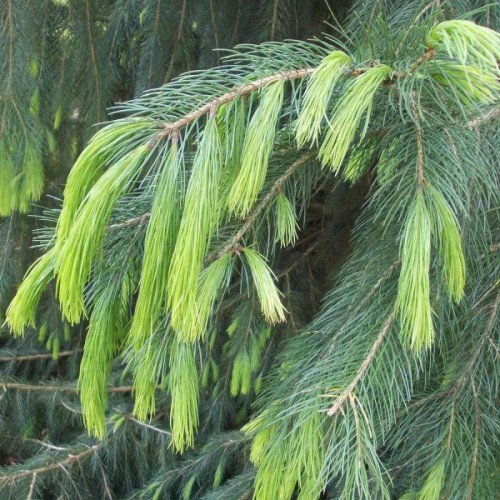 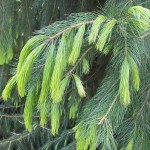 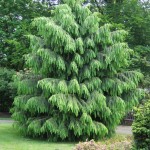 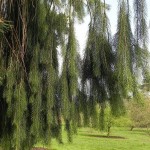 Also known as the West Himalayan spruce, the morinda is found all along that mountain range from Afghanistan to Nepal. First grown in Britain in 1818, it is grown largely for its ornamental value outside of its native environment.
Picea smithiana has the longest needles of any spruce, up to 5cm in length, and they are a luscious, vibrant green. The needles are pointed, as with many conifers, and curve forwards as if protecting its branches.
The male flowers of the tree appear at the end of shoots and shed their pollen around June. These small, pale green buds are complemented by the female cones, which start out as a similar green colour and ripen to brown, reaching a maximum length of around 15cm.
Whilst it is not the most common conifer found in Britain, the morinda spruce does feature in a number of large gardens and is distinguishable by its long, hanging branchlets. This unusual shape enables the tree to easily shed the huge amounts of snow that accumulate on its branches in its homelands.
At first glance, its appearance is not dissimilar to Brewer's spruce (Picea breweriana), which is also known as the weeping spruce, but the latter is much shorter and has denser foliage than that of the morinda spruce. In addition, the leaves or needles are round, while those of Brewer's spruce are flat.
As it grows more slowly than other common evergreen conifers such as the Norway spruce (Picea abies), it is not extensively grown for timber or paper production. As a result it is grown almost entirely for its ornamental value. (source: apps.kew.org/trees) 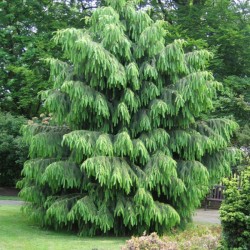